Difference between revisions of "Distributed Networks" 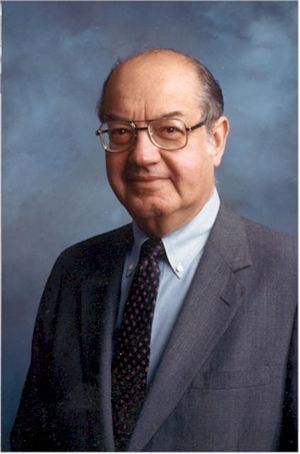 In 1964 in Santa Monica, California, Paul Baran of RAND published "On Distributed Communications Networks," outlining the operation of packet-switching networks capable of surviving node outages, in particular those caused by a nuclear first strike. He later helped to set up ARPANET.

The history of modern digital communications cannot be untangled from the terrifying geopolitics of the Cold War. When Paul Baran joined RAND Corporation in 1959, the United States and the Soviet Union were in an arms race to develop thermonuclear weapons capable of delivering an overwhelming first strike. To rebalance the odds, Baran and his RAND colleagues were tasked with developing systems that would preserve American “Second Strike Capability” in the event that the Soviets fired first. “If both sides had a retaliatory capability that could withstand a first-strike attack, a more stable situation would result,” Baran later explained of the assumptions behind “Mutually Assured Destruction”, or MAD. “Those were crazy times.”

Communications proved the most vexing part of maintaining Second Strike Capability. All of the nation’s military communications ran on telephone lines maintained by AT&T. Even small amounts of damage to this analog infrastructure could shut down the entire military network. “While essentially all of the links and the nodes of the telephone system would survive,” Baran said, “a few critical points of this very highly centralized analog telephone system would be destroyed by collateral damage alone by missiles directed at air bases and collapse like a house of cards.”

Under this projection, long-distance communication by telephone would halt following a thermonuclear attack, as would high frequency radio signals, which do not travel for hours after the explosion of a high altitude nuclear missile. Planners assumed that without intact communications, the decentralized network of American missile base commanders would not know whether to respond to an attack with force, and thereby escalate a disastrous conflict, or do nothing.

Baran’s initial proposal was to use the existing network of AM radio stations to transit communications in the event of an attack. AM stations could send ground wave signals that would not be disrupted by the effects of high altitude nuclear bursts. Pentagon officials agreed that this system would be useful for sending out basic Presidential orders, yet would be too inflexible for sensitive wartime communications.

Baran decided that an entirely new communications system would need to be developed to meet the military’s demands. Not only did a robust network need more bandwidth, but analog signals would not make the grade. In the late 1950s, long-distance voice calls were sent with analog signals. When the call was routed along more than five tandem links, it became inaudible. The collateral damage from a nuclear strike would force a long-distance call to be routed along the surviving links. In all likelihood, a call would lose all clarity by the time it traveled through this complicated path.

A digital system of communications had clear advantages. Data would be programmed with a destination and “implicit path information” directing it along the most efficient route. Through a system of checks at each data node, the network would avoid the problem of degrading data. All data would be sent in digital bits, whether it contained voice or teletypewriter and computer data. By packaging this data into a block of a standard format, delay would be minimized. At each node, the signals would be reconstructed, copied, and resent. This technique helped to limit the problem of “jitter buildup” common with long-distance data travel.

Most importantly, this system was rich with redundancies. “In parallelism there is strength,” Baran recalled. “Many parts must fail before no path could be found through the network.” He wanted a network that was always looking for the shortest path, a goal which required the ability to both learn the best routes and forget ones which had become slower or inoperable.

Baran’s research culminated in an eleven volume study, published in 1964, outlining how distributed communication networks could solve the problem of outages during a nuclear strike. Transcending the Cold War, however, Baran’s proposal for a digital communications system based on packet-switching proved to be the critical data infrastructure that made ARPANET, and the Internet, possible.