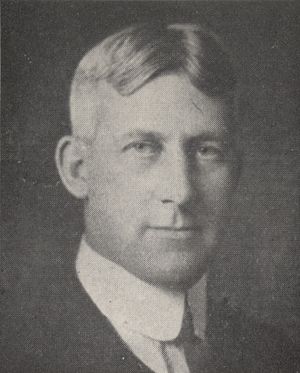 Clarence E. Fleager was born May 23, 1879, at Sheldon, Illinois, where he attended the public schools. He was graduated from the University of Illinois, Class of 1899, with the degree of B. S. in Electrical Engineering. On July 1, 1899, he entered telephone work at Chicago, IL., and has been continuously engaged in the telephone business.

After experience in nearly all branches of the telephone work, he was in 1910 appointed Division Plant Engineer, in 1917 Plant Engineer, in 1925 Chief Engineer, and in August, 1928, Assistant Vice-President, all with The Pacific Telephone and Telegraph Company at San Francisco, and was eventually promoted to Executive Vice President.

His experience with the telephone business has covered all phases of operation, engineering, and construction, and he has been in charge of numerous projects on the Pacific Coast. It was under his engineering supervision that the first transcontinental telephone line was opened for service in 1915. He has also taken an active part in the valuation and other work in connection with the regulation of the company's rates in the States of Washington, Oregon, and California.

Mr. Fleager was a prominent member of the Engineers' Club of San Francisco, and has taken an active part in service and social clubs around San Francisco Bay.

He joined the AIEE as an Associate in 1911 and in 1926 was transferred to the grade of Fellow. He has served on the Executive Committee of the San Francisco Section and on the National Membership Committee. He was Past President of the Contra Costa County Tax Payers Association.