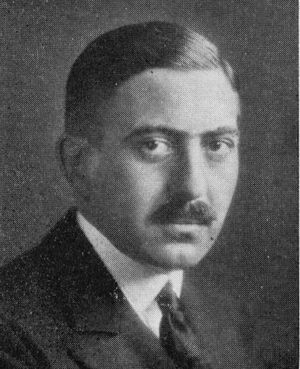 Carroll Owen Bickelhaupt (AIEE M'22, F'28) assistant vice president, American Telephone and Telegraph Company, New York, NY, has been appointed chairman of the Institute's publication committee for 1934–35. He was born at Roscoe, S. D., in December 15th 1888, and received the degrees of B.S., in 1911, and E.E., in 1914, from the University of Wisconsin. During several summers preceding graduation in 1911, he was employed by the Dakota Central Telephone Company. In the latter year he entered the American Telephone and Telegraph Company as an engineering assistant, becoming general commercial problems engineer in 1920, toll traffic engineer in 1922, and later in that year commercial engineer. From 1925 to 1930 he was vice president, director, and member of the executive committee of the Southern Bell Telephone Company, and during 1925–26 also held these offices in the Cumberland Telephone and Telegraph Company. Since 1930 he has been an assistant vice president of the American Telephone and Telegraph Company and a director of the Bell Telephone Securities Company. He has been a vice president and a director of the Institute, and has served on a number of committees. He has been reappointed as chairman of the committee on economic status of the engineer, and in addition is a member of the following committees: award of Institute prizes; constitution and by-laws; coordination of Institute activities; and technical program. Mr. Bickelhaupt also was the Institute's representative on the American Engineering Council and the Engineers' Council for Professional Development. He was a member of the New York Electrical Society and of the American Engineering Council, of which he was a vice president and committee member and chairman. Bickelhaupt died in 1954.