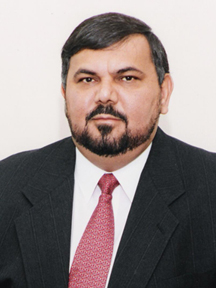 A full professor of electrical and computer engineering at the University of Colorado, Carlos A. Paz de Araujo’s groundbreaking work led to the development of integrated circuit-embedded FeRAMs used in smart cards, electronic money and other products that have revolutionized how people live.

As a founder of RAMTRON and chairman and founder of Symetrix Corporation, both in Colorado Springs, Colorado, he identified SrBi2Ta203 (SBT), the ferroelectric material used in the most advanced FeRAMs. This material resolves the fatigue problem and fabrication difficulties in these memory chips and ensures that stored information is retained even after power is switched off after more than 100 billion erase and rewrite operations.

Using technology similar to SBT, Dr. Paz de Araujo and his colleagues were the first to use ferroelectric thin-films as a high-k capacitor for cellular phones, integrated on a set of gallium arsenide chips. The resulting devices were 50 times smaller and drew only a fraction of the power of their predecessors. This chip set technology was a major factor in enabling the compact size of today’s cellular telephones and has been incorporated into hundreds of millions of cellular phones currently in use all over the world. Working with scientists at Matsushita Electric Industry Company in Japan, Dr. Paz de Araujo then adapted SBT technology to contactless smart cards that permit information to be continuously upgraded during use. At the present, smart cards are used for applications ranging from railway and toll-road passes to corporate security cards, drivers’ licenses, telephone cards and RFID smart tags

The ferroelectric memories Dr. Paz de Araujo developed permit a write speed of 60 billionths of a second with very little degradation after more than 100 billion erase-and-write operations. He and his Symetrix colleagues have since worked to increase memory density for mobile connected devices such as wireless handhelds and third-generation cell phones.

He has bachelor’s, master’s and doctoral degrees in electrical engineering from the University of Notre Dame in South Bend, Indiana.