Difference between revisions of "Bancroft Gherardi" 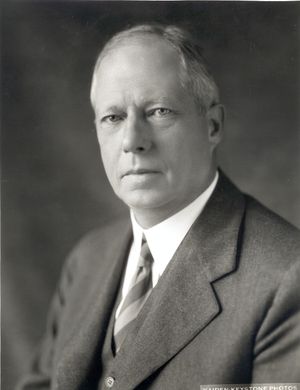 Gherardi became a Fellow of the American Institute of Electrical Engineers in 1912, and served as both vice president and president of the organization. He was also a member of the United Engineering Society, American Society of Mechanical Engineers, American Standards Association, National Academy of Sciences, New York Electrical Society, Franklin Institute, Sigma Xi, Chi Psi, the University, Cornell, Engineers and Machinery Club on New York. He was active for a number of years in the affairs of the Polytechnic Institute of Brooklyn, being president of its alumni association in 1914-16 and a member of the board of trustees from 1917 to 1923, and in 1933 was awarded an honorary D. Eng. degree by that institute. In 1932 he was awarded the Edison Medal of the American Institute of Electrical Engineers "For contributions to the art of telephone engineering and the development of electrical communication."