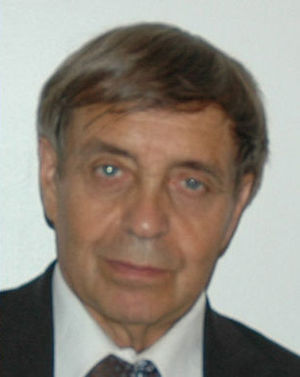 Authors Michael Shur and Artūras Žukauskas discuss the benefits of solid-state lighting technologies in their paper entitled “Solid-State Lighting: Towards Superior Illumination,” for which they received the 2007 IEEE Donald G. Fink Prize Paper Award. The paper compares the approach of generating white light from solid-state phosphor LEDs by using multichip lamps comprised of colored LEDs. The tutorial paper is distinctive in that it describes a unique optimization algorithm and a report on the implementation of the versatile solid-state lamp, which utilizes a computer-controlled spectral power distribution. Under appropriate psychophysical verification, these lamps are expected to have a significant impact on the lighting industry and already have been used to treat seasonal affective disorder, sometimes referred to as “winter depression,” and to facilitate energy-efficient plant growth.

Dr. Žukauskas has been with Vilnius University, Lithuania since 1979, and currently serves as director and chief researcher at the Institute of Materials Science and Applied Research as well as a professor in the Department of Semiconductor Physics. Dr. Žukauskas is a member of the Lithuanian Physical Society and Lithuanian Materials Research Society and expert member of the Lithuanian Academy of Sciences. He holds one patent and has published 180 papers and a book. In 2002, he received a Lithuanian National Prize in Science. Dr. Žukauskas received a doctorate in semiconductor and dielectric physics in 1983 and a second degree, doctor habilitus of natural sciences in 1991, both from Vilnius University.