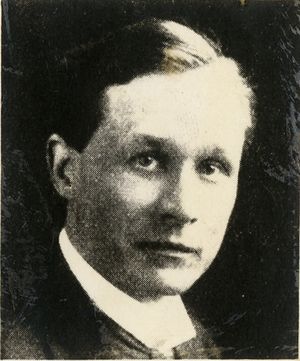 Allan B. Field was born in New Barnet, England, on December 28, 1875. He studied at Finsbury Technical College, London, 1890-93. After being engaged in shopwork and drafting, he studied at St. Johns College, Cambridge, 1896-99, and was awarded the Honours B.A. degree, and later the M.A. and Honours B. Sc. degrees. During 1900-02 he was engaged in engineering work for the British Thomson-Houston Company in London. He came to the United States in 1902, spending more than a year in the testing department of the General Electric Company in Schenectady, NY, afterward being engaged in transformer design. During 1905-08 he was with the Bullock Electric Manufacturing Company, and the Allis-Chalmers Company in the design of a-c generators and motors. In 1909 he joined the Westinghouse Electric and Manufacturing Company, being appointed engineer-in-charge of turbine generator design in 1911.

In 1914, Mr. Field returned to England, becoming consulting engineer and professor of mechanical engineering at the University of Manchester, a position which he retained until 1917 when he went with Vickers, Ltd., London. In 1920 he became consulting engineer for the Metropolitan-Vickers Electrical Company, Ltd., Manchester, England.

Allan B. Field was the recipient of the First Lamme Medal of the American Institute of Electrical Engineers (AIEE) in 1928 “for the mathematical and experimental investigation of eddy current losses in electrical machinery.”