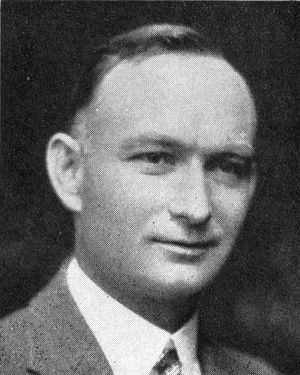 Alexander E. Bettis was born in Kansas City, MO on December 16, 1885. He graduated from the Kansas City Manual Training High School in 1902, and attended Missouri University. He briefly became employed by Union Pacific Railroad for a year and a half, and then moved to Kansas City Home Telephone Company, and later Kansas City Electric Light Company. In 1916, he was promoted to superindentent of engineering and construction, and later served as vice-president. Bettis was a Fellow of the AIEE and served as a director of the AIEE from 1929-32.