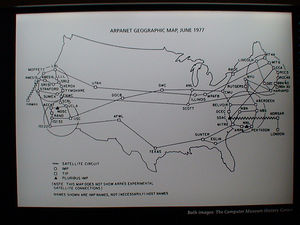 Inception of the ARPANET, 1969 - IEEE Milestone