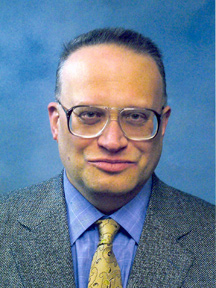 When Vladimir Rokhlin, a professor of computer science and mathematics at Yale University in New Haven, Connecticut, invented fast multipole methods (FMM), he revolutionized the way engineers and scientists solve tough problems. The FMM method is a highly regarded computational tool used in electromagnetics, microwaves and Radio Frequency (RF) applications which has had a significant impact in areas ranging from chip design, antenna characterization, printed board circuit and radar cross analysis. "IEEE Computational Science and Engineering Magazine" named FMM one of the top 10 algorithms of the 20th Century.

Dr. Rokhlin's pioneering work on FMM opened a new branch of computational mathematics and engineering that made possible technical calculations that could not be done before. Beyond its scientific applications, FMM has been enormously influential because of its commercial impact. For instance, it forms the basis for commercial software for electronic packaging analysis and semiconductor design. It also is at the forefront of electromagnetic simulation, opening the door for tools fast enough to be used in closed-loop CAD environments targeting physical design.

FMM has affected many other fields. Astronomers are using it to calculate coulombic interactions betweens stars in galaxies. Physical biologists and chemists use it to calculate molecular interactions, while electrical engineers use it to solve capacitance and inductance problems. It also allows engineers to solve integral equations for static, time-harmonic and transient electromagnetic phenomena accurately and rapidly.

Dr. Rokhlin is a member of the U.S. National Academy of Sciences and the recipient of the American Mathematical Society Leroy P. Steele Award for a Seminal Contribution to Research.