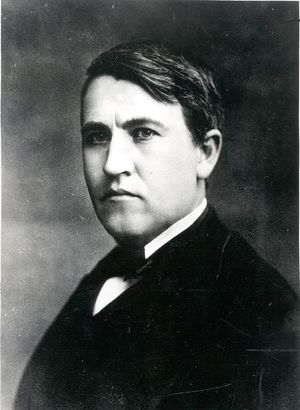 In the 1890s, Edison began working on motion picture technology, and in the process helped to create a third industry. Edison began commercial production of short movies in 1893, often filming in the famous “Black Maria,” the first motion picture studio. Like the electric light and phonograph before it, Edison developed a complete system that encompassed everything needed to both film and show motion pictures. Although Edison’s work in motion pictures was pioneering, the industry quickly became so competitive that Edison left the business.

Retrieved from "https://ethw.org/w/index.php?title=Thomas_Alva_Edison&oldid=182150"
Categories:
This page was last edited on 3 December 2020, at 16:27.
About ETHW
Policies and disclaimers