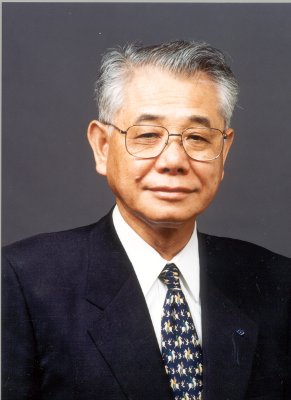 Tsuneo Nakahara: Since joining Sumitomo Electric Industries, Ltd., in 1953, Dr. Tsuneo Nakahara has been a major force in the conception, design and manufacturing of optical fiber and cables. Under his guidance, the company developed the vapor phase axial deposition optical fiber manufacturing technology, which has become the standard in Japan and is one of the top three fiber manufacturing processes worldwide. His team also designed extremely low-Ioss optical fiber with pure silica as the core and fluorine in the clad. This technology was widely used for undersea long-distance cables. He also has been a leader of important research into multi-count optical fiber, leaky coaxial cable, milliwave and beam waveguide, and more.

An IEEE Life Fellow, he has served in many capacities, including Region 10 director, secretary of the IEEE Board of Directors and Foundation Board director. Outside the IEEE, he also serves as vice president of the Engineering Academy of Japan, foreign associate of the U.S. National Academy of Engineering and president of Japan's New Technology Association.

Executive advisor to the CEO of Sumitomo Electric Industries. Ltd., Dr. Nakahara holds nearly 300 patents in the United States and Japan combined, and has published over 100 papers. He has received numerous awards, including an IEEE Third Millennium Medal, the Okabe Memorial Award from the Institute of Electronics and Communications Engineers of Japan, and the Blue Ribbon Medal from the Emperor of Japan.

Dr. Nakahara won the 2002 IEEE Alexander Graham Bell Medal "For pioneering work on the design and development of manufacturing systems for optical fibers."

Retrieved from "https://ethw.org/w/index.php?title=Tsuneo_Nakahara&oldid=156535"
Categories:
This page was last edited on 13 September 2017, at 15:16.
About ETHW
Policies and disclaimers