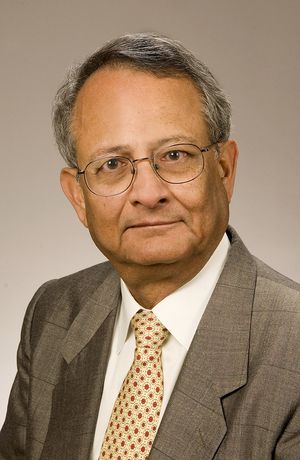 For more than four decades, Dr. Sanjit Mitra has been one of the most dedicated and innovative engineering educators, with an unceasing commitment to his electrical engineering students.

In the 1960’s, when he was an assistant professor at Cornell University in Ithaca, New York, he created a course on the use of active analog filters as integrated circuits, one of only two such courses in the United States at that time. As a professor at the University of California at Davis, he restructured the junior-level course in analog electronic circuits, expanding it to cover integrated circuits for analog and digital electronics. He also added a novel laboratory component to the course and developed videotape self-instructions modules.

While a professor of electrical and computer engineering at the University of California at Santa Barbara, he developed a MATLAB-based undergraduate course on digital signal processing complemented by an innovative laboratory section.

Subsequently, as chairman of the electrical and computer engineering department at Santa Barbara, he reorganized the department, recruited outstanding faculty, introduced new academic programs and strengthened interaction with industry.

Dr. Mitra has authored 12 books, 210 journal articles and more than 410 conference papers. An IEEE Life Fellow, he is a past president of the IEEE Circuits and Systems Society, a member of the U.S. National Academy of Engineering and a Fellow of the International Society for Optical Engineering. He is the Stephen and Etta Varra Professor Emeritus in the Department of Electrical Engineering at the University of Southern California, Los Angeles.

Dr. Mitra has received the Frederick Emmons Terman Award of the American Society for Engineering Education, an IEEE Third Millennium Medal and the McGraw-Hill/Jacob Millman Award of the IEEE Education Society.

Retrieved from "https://ethw.org/w/index.php?title=Sanjit_Mitra&oldid=147118"
Categories:
This page was last edited on 26 February 2016, at 17:11.
About ETHW
Policies and disclaimers