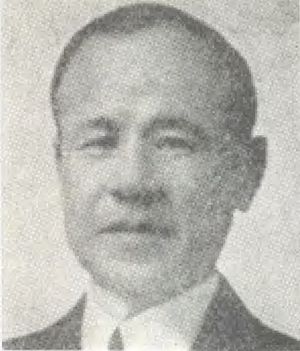 MOTOJI Shibusawa, dean of the faculty of engineering and professor of electrical engineering at the Tokyo (Japan) Imperial University, and also engineer of the Department of Communication, Japan, was elected an Honorary Member of the Institute on August 6, 1929. He was born, October 25, 1876, in Japan, and graduated in electrical engineering at Tokyo Imperial University in 1900. Following one year in the army service, he spent the period between 1901 and 1906 in study at different universities and in gaining practical experience at industrial plants, in several European countries and in the United States. Returning to Japan, he was appointed engineer of the department of communication in 1906, serving at the electrotechnical laboratory. In 1909 he was appointed to the additional post of engineer of the Imperial Railway Board. In 1911 he obtained the academic degree of doctor of engineering at the Tokyo Imperial University. In 1919 he was appointed engineer-in-chief, bureau of electricity, ministry of communication, and in that year he took the additional post of professor of the Tokyo Imperial University, to which later post he was definitely transferred in 1924. He was appointed dean of the faculty of engineering in 1929. Subsequently, he received promotions in both academic and business posts, and served the government on several special bureaus. In 1924 he was elected president of the Institute of Electrical Engineers, of Japan, and has been president of the Japan Electric Technical Committee, and has received many other honors.

Retrieved from "https://ethw.org/w/index.php?title=Motoji_Shibusawa&oldid=146695"
Categories:
This page was last edited on 8 February 2016, at 17:56.
About ETHW
Policies and disclaimers