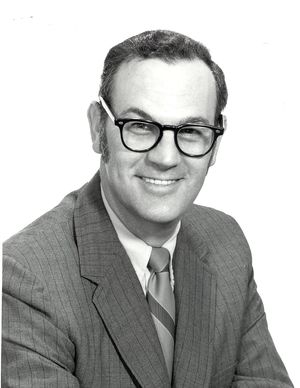 M. Robert Aaron joined Bell Laboratories in 1951 after receiving the BS (1949) and MS (1951) in Electrical Engineering from the University of Pennsylvania in Philadelphia where he was born on August 21, 1922. Initially, he was concerned with the design of networks for a variety of transmission systems. He made fundamental contributions to computer-aided design and applied these techniques to the development of the first repeatered transatlantic cable system. Since 1956 he has been involved in the development of digital systems. He was a key contributor to the design of the TI Carrier system, the first practical digital system in the world designed to meet the needs of the exchange telephone plant. Since 1968 he has been a Department Head involved with the development of a variety of digital terminals for transmission and switching. At present, he has responsibility for exploratory development of digital signal processing terminals and techniques.

Mr. Aaron has had more than fifty papers and patents published in the fields of circuit design, control, and communications. Several of these have been chosen for republication in collections of benchmark papers. He has given many technical talks, taught short courses at universities, chaired international meetings; and some of his poems have cropped up in technical journals.

As an undergraduate he was President of the joint AIEE/IRE Student Branch and he has continued to be active in IEEE as associate editor and President of the Circuits and Systems Society, a member of the Publications Committee of the Technical Activities Board (TAB), and a working member of many other IEEE committees. He is presently on the TAB Finance Committee and is Chairman of the Digital Systems Subcommittee of the IEEE Communications Society. He is a Fellow of the IEEE and the American Association for the Advancement of Science.

During his spare time he may be found "on the road" with his dog or in the jungle inside his greenhouse. Bob Aaron and his wife, Wilma, reside in New Jersey. They have two sons, Richard and James.

Mr. Aaron is co-recipient of the 1978 Alexander Graham Bell Medal, along with John S. Mayo and Eric E. Sumner ´For personal contributions to, and leadership in, the practical realization of high-speed digital communications.´

Retrieved from "https://ethw.org/w/index.php?title=M._Robert_Aaron&oldid=156569"
Categories:
This page was last edited on 14 September 2017, at 14:45.
About ETHW
Policies and disclaimers