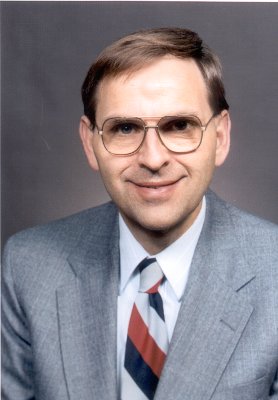 Lawrence R. Rabiner was born in Brooklyn, New York in 1943 and lived there until he began his college education. He attended MIT majoring in Electrical Engineering, and received B.S. and M.S. degrees in June 1964, and a Ph.D. in June 1967.

During both his undergraduate and graduate years at MIT, Larry became affiliated with Bell Laboratories - first through the cooperative program in Electrical Engineering, and then through personal contacts with Dr. James Flanagan, Head of the Acoustics Research Department. It was the influence of Dr. Flanagan, first as a Masters Thesis supervisor, and later as a colleague and direct supervisor, that convinced Larry that a career in research awaited. As such, Dr. Rabiner joined Bell Laboratories as a permanent member of the research staff in June 1967.

Larry's early work was related to experimental investigations of models of binaural hearing. This work, along with research on speech synthesis taught him the importance of computer simulation of physical systems - a field which was just in its infancy at the time. This field, which blossomed into what is now called digital signal processing, has consumed his time and energy for the past 13 years,

In 1968, concurrent with his early research on speech synthesis, a collaboration and friendship began with Ronald Schafer, who had recently graduated from MIT, and who also. had a consuming interest in this new field of signal processing. Together, Rabiner and Schafer worked on a wide range of projects concerned with digital filtering and speech processing. This work culminated in a series of three textbooks - two on digital signal processing theory, and one on digital speech processing. These books are widely used in both universities and in industry.

Dr. Rabiner is married to the former Suzanne Login and they have three daughters, Sheri, Wendi and Joni.

Retrieved from "https://ethw.org/w/index.php?title=Lawrence_R._Rabiner&oldid=172029"
Categories:
This page was last edited on 20 December 2018, at 20:56.
About ETHW
Policies and disclaimers