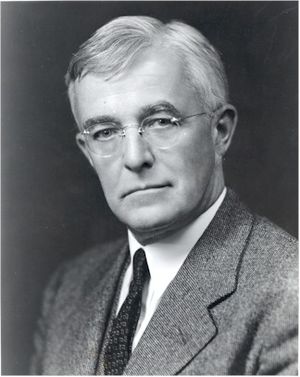 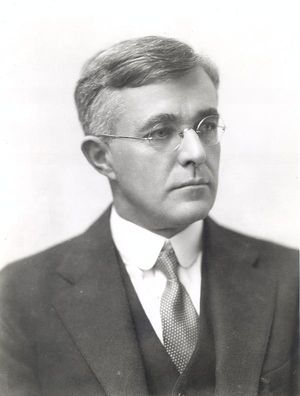 Irving Langmuir was born on 31 January 1881 in Brooklyn, New York. His father was employed by an insurance company and that work took the family to Paris, Philadelphia and New York. After graduating from a technical high school, Langmuir earned his BS in metallurgical engineering from Columbia School of Mines in 1903. He then went on to Germany, where he earned his PhD from the University of Gottingen in 1906. Afterward he spent three years teaching at Stevens Institute of Technology in New Jersey, where he was often frustrated both by his limited salary and by the fact that teaching demands kept him from research.

Dr. Langmuir was happier after he moved to the General Electric Research Laboratory, where he worked from 1909 until his retirement in 1950. Langmuir combined physics, chemistry and engineering in a fruitful way. Throughout the course of his career, his work showed itself to have both theoretical and practical value. Langmuir was considered a pioneer in the field of electronics and helped modernize vacuum tube engineering. He improved pressure gauges, invented a gas-filled tungsten lamp and developed an atomic welding process. His engineering skills were utilized by the military during World War II. More controversially, Langmuir also was involved in experiments with cloud seeding.

Dr. Langmuir was widely respected by his peers, who were impressed by his clarity and vision and broad scientific knowledge. He held numerous patents and contributed to journals. He was a fellow of the American Physical Society, and a member of the National Academy of Sciences and American Chemical Society. He was IRE president in 1923. Langmuir received many honorary doctorates, the Franklin medal in 1934 and the Faraday medal in 1943. His work on surface chemisty earned him the Nobel Prize in Chemistry in 1932. Katharine Burr Blodgett, the first woman scientist hired by General Electric and one of Langmuir's mentees, assisted him in much of his work on this topic.

Dr. Langmuir was married to Marion Mersereau and the couple raised a son and a daughter. Even in his spare time, he challenged himself. His obituary noted that "for fun" he once walked fifty-two miles in one day and frequently climbed daunting mountain peaks. He also learned to fly and owned his own small plane. Langmuir died, at a nephew's summer home in Massachusetts, on 16 August 1957.

Retrieved from "https://ethw.org/w/index.php?title=Irving_Langmuir&oldid=146128"
Categories:
This page was last edited on 28 January 2016, at 21:13.
About ETHW
Policies and disclaimers