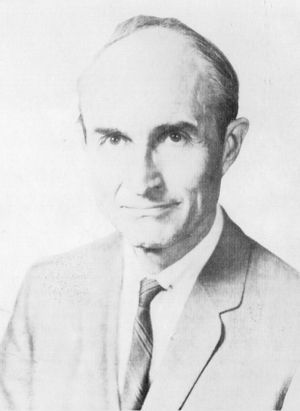 In 1935, Ramberg joined the Electronic Research Laboratory of the RCA Manufacturing Company, in Camden, New Jersey, as a Junior Engineer. He was transferred to the RCA Laboratories at the David Sarnoff Research Center, in Princeton, New Jersey, in 1942. Except for three interruptions, including civilian public service, 1943 to 1945, visiting professor at the University of Munich, in 1949, and as Fullbright Lecturer at the Technische Hochschule, Darmstadt, Germany, 1960 to 1961, Reed worked at RCA Laboratories. As Research Physicist at RCA Laboratories, he worked in the fields of electron microscopy, electron optics and optics relating to television, theory of thermoelectric refrigeration, and other problems in electron physics.

Ramberg was a Fellow of the IRE and the American Physical Society, and a member of the Electron Microscope Society of America, the American Association of Physics Teachers, the AAAS, Sigma Xi, and Phi Kappa Phi. In 1959, he was named a Fellow of the Technical Staff of RCA Laboratories.

Retrieved from "https://ethw.org/w/index.php?title=Edward_Ramberg&oldid=172654"
Categories:
This page was last edited on 18 January 2019, at 16:11.
About ETHW
Policies and disclaimers