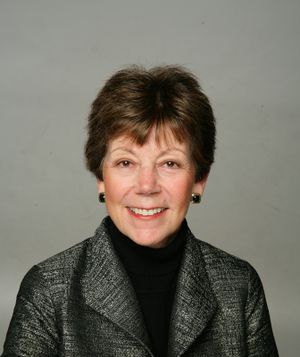 A pioneer in the field of computer education for engineers, Delores M. Etter’s groundbreaking vision has produced some of the most influential educational works that have transformed and improved undergraduate engineering education in the fields of computers and programming. Etter has written more than a dozen textbooks that have helped educate hundreds of thousands of students worldwide. A unique characteristic of her textbooks is the focus on a consistent problem-solving methodology beyond just writing code. She refined her initial approach with feedback from hundreds of students over several years into a problem-solving technique based on five steps:

This five-step process is defined at the beginning of each of Etter’s textbooks, and it is consistently used for every complete example throughout her texts. She has demonstrated that the technique works for computer languages ranging from MATLAB to Fortran to C++. New editions of her textbooks have been translated into different languages including Chinese, Japanese, Korean, Spanish, and Italian, benefitting students around the world.

Delores M. Etter grow up in rural Oklahoma, not knowing where to go in life. She did however loved mathematics and at the Wright State University, she received her B.S. in Mathematics (1970) and M.S. in Mathematics (1972). She got married to a member of the air force and had a daughter. The family had settled in Albuquerque, New Mexico were she became teaching at University of New Mexico(1980-1989). She had already had experiencing teaching at the computer science department at Wright State while doing her masters. After sitting in some electrical engineering classes, she decided to get a Ph.D. in electrical engineering because it involved more math and found it more interesting. She chose her Ph.D. thesis on digital signal processing after working at Sandia National Laboratory using the technology to analyze seismic activity. Etter continued teaching engineering and computer sciences courses at the University of Colorado, Boulder (1990-1998).

In the Department of Defense, from 1998 through 2001, Dr. Etter served as deputy under Secretary of Defense for Science and Technology, being heavily involved with the DOD Science and Technology Program. Etter worked as assistant secretary of the Navy for Research, Development, and Acquisition (2005-2007) and senior acquisition executive for the Navy and the Marine Corps. She was also the senior acquisition executive for the Joint Strike Fighter (JSF) and the Mine Resistant Ambush Protected Vehicle (MRAP). Shortly after working with the DOD, Etter made a transition to biometric signal processing as identification technology became of interest. Etter focused her research on identification using iris recognition. She even began to weave in the topic into newer editions of her textbooks.

Etter held the Office of Naval Research Distinguished Chair in the Electrical/Computer Engineering Department at the United States Naval Academy which she had been a part of from 2001 to 2008. Since 2008, Etter has been a professor Emeritus with the Department of Electrical Engineering at Southern Methodist University. She is also the founding director of the Caruth Institute for Engineering Education.

Dr. Etter is a member of the National Academy of Engineering, the American Association for the Advancement of Science (AAAS), and the American Society for Engineering Education (ASEE). She is also a former member of the National Science Board and the Defense Science Board. She is an IEEE Life Fellow and received the IEEE James H. Mulligan, Jr. Education Medal in 2018.

Retrieved from "https://ethw.org/w/index.php?title=Delores_M._Etter&oldid=179149"
Categories:
This page was last edited on 9 April 2020, at 21:26.
About ETHW
Policies and disclaimers